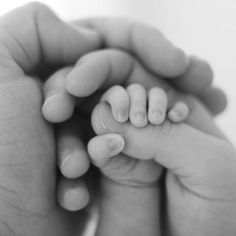 I could feel something slipping inside of me. Not just my strength, or my ability to move or think but something more fundamental. I don’t resist it. I can’t resist it as I am pulled into something by invisible hands as I lose all my senses slowly. As my eyelids come down darkening the blurry vision and I finally understand the tears that have been shed today marking the struggle of fifteen whole years. As I finally understand that my fight is over and even though I wish to say so many things to Roger, I muster enough energy and utter my last words for my daughter. 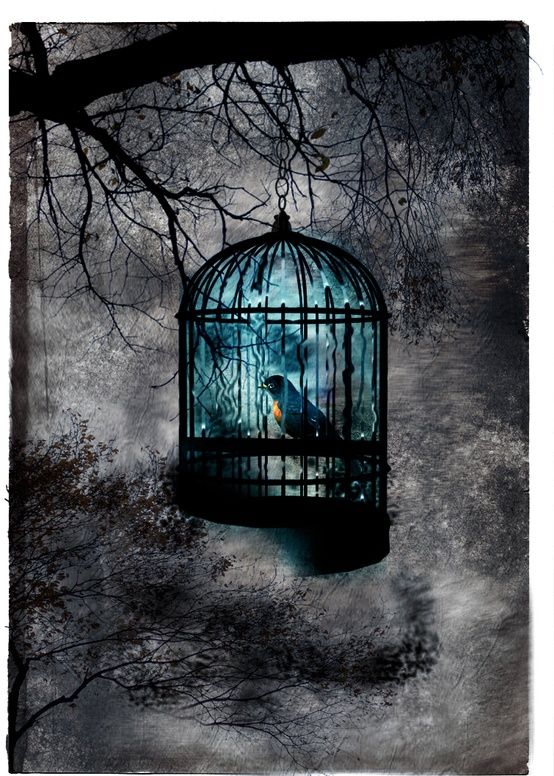 It is a strange world, you know? We are not ruled by monarchs or a stagnant, unchangeable organization, yet we are not completely free in our lives. True we have laws, justice etc. but do we truly have democracy in our lives? Any decision we want to take we are bound by the thoughts and feelings of others. Humans hardly live alone. You think I am talking about the rest of the world? What is society going to think? You are wrong. I am talking about our own families. You need to think about the well being of every member and in the end you start ignoring yourself. 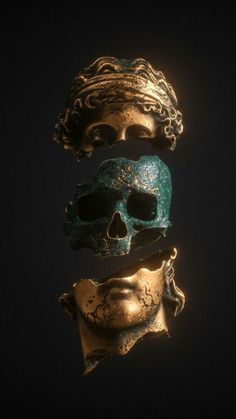 Believe Me, Will You?

I am tired of telling people that I am not lying and hence I am writing this so that someday someone finds it in themselves to believe me, just for once. I just hope my words on a piece of paper will not vanish just like the pictures have. None of it was a lie 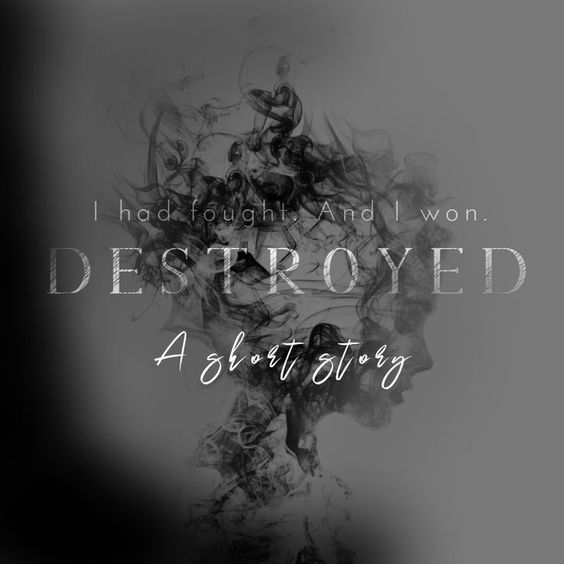 Taking a long breath, Izzy stepped inside her sister’s living room. Taking in every detail of her Sister’s home she felt a sense of calm wash over her. She smiled, touching a picture of herself with her sister, the last picture that was taken before Lexi left. Running her hands through other pictures, most of which were paintings either bought or made by Lexi herself, she asked, “Do you remember your fifteenth birthday, Lexi?” 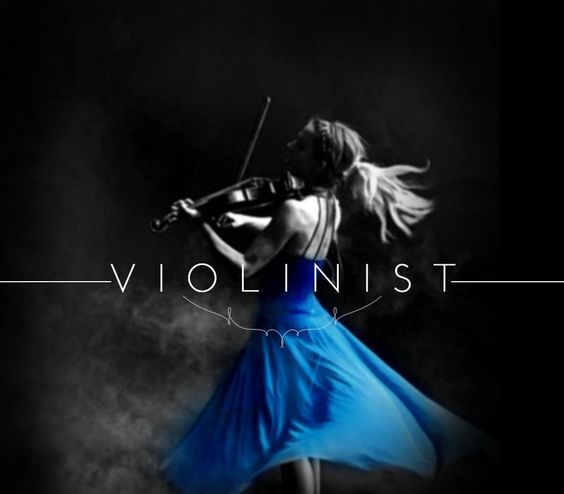 The thing about performances is that they make you scared. No matter how well you are prepared. The uncertainty the crowd could create is almost nightmarish. The murmurs when you enter the stage, the questioning looks of some, the expectant looks of others, it is all so overwhelming. At that moment, it seems like playing an instrument is equivalent to saving humanity from a crisis. 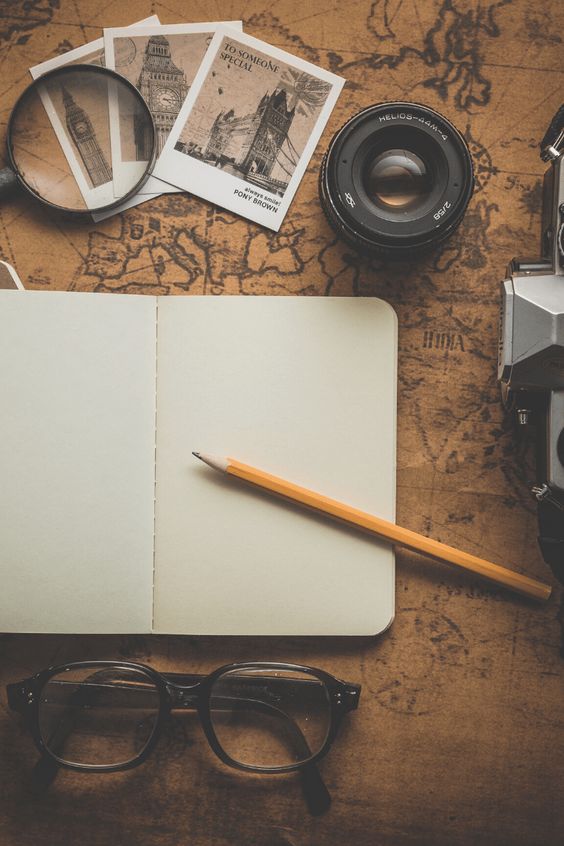 Corona break-out hit us like a truck full of bad news. No one expected a virus to suddenly become the Resident of the Earth (it is starting to feel that way, anyhow). And did you know Corona is also a Beer? In any case, many awkward things happened. 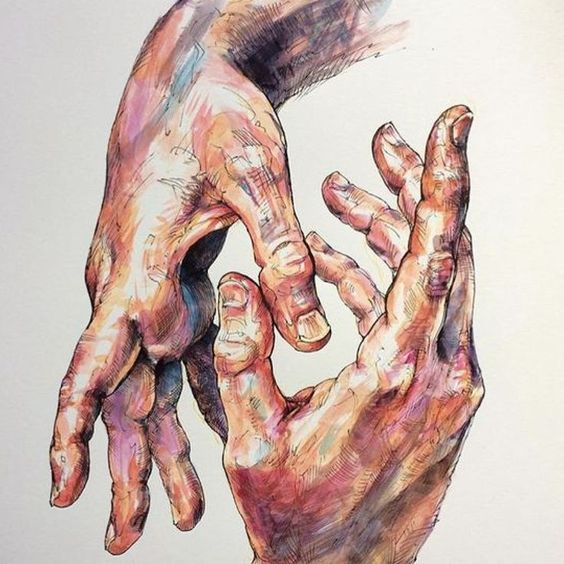 It is often said that if you truly love someone, you will let them go if need be. This never stung as much as they did the day I had to stand beside my love as his Best Man on his Wedding Day. It wasn’t a choice he could give up on. He had to abide by the laws of the society and I had to respect his every wish even if it meant ripping my heart into shreds. We were pulled apart and there was nothing either of us could have done. We were mere puppets tied to the laws of the world. That day, I had laughed with him, congratulated him and his wife, patted him and wished him a happy life all the while wearing the facade of a perfect best friend. I was, however , ecstatically happy for him. Nothing gave me more bliss than knowing that he was happy and living a beautiful life. 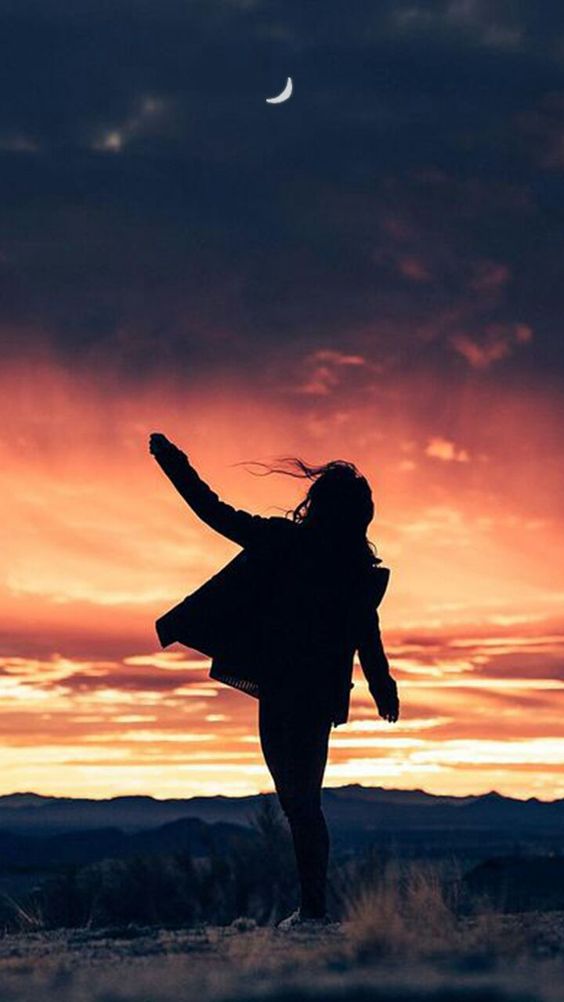 Hurts To Think Of Goodbyes 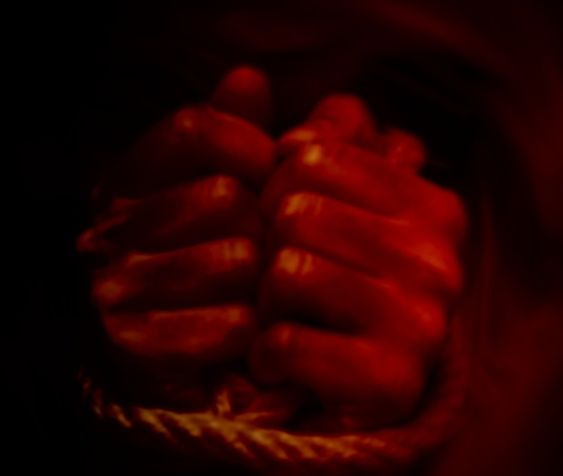 Human lives don’t end when they die. Their legacies continue through their successors who come in many forms. But a life like mine was over the moment I was very tactfully transformed from a human being to a product. A product that has an expiration date, a price tag and a bar code and of course a usage, but hardly a life of its own. I was drugged, kidnapped, shipped, sold and finally bought. And that is where my life ends. To be lied is painful, to be sold is inhumane but to be bought? I cannot describe that.... 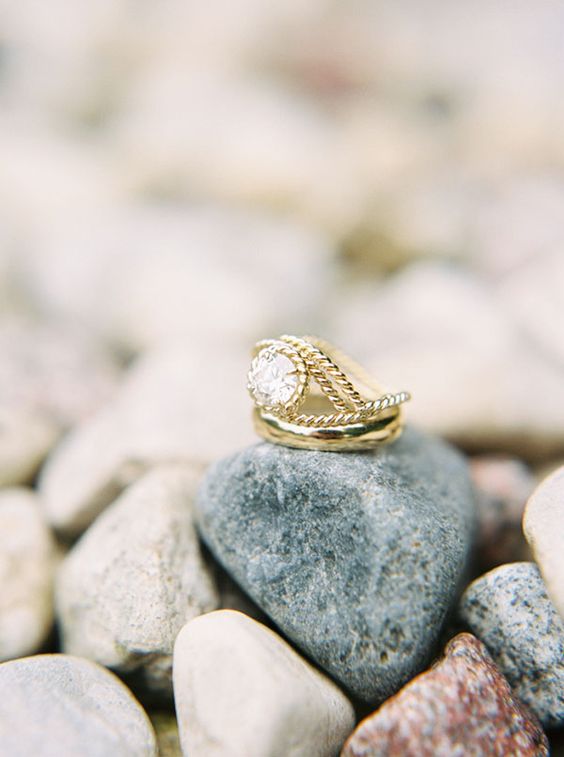 Nervous. Is that really something I should be feeling right now? Facing these many people, ready to start something so special, should I really be nervous? Maybe this is not nervousness that I am feeling. Maybe this is some kind of wild excitement that I am unable to control and that is resulting my palms to sweat like they are wax candles placed in immense heat. For some reason, this tuxedo feels a little suffocating. It feels hot and I want to rip out the first few buttons to get some air, although my air is yet to make her appearance. 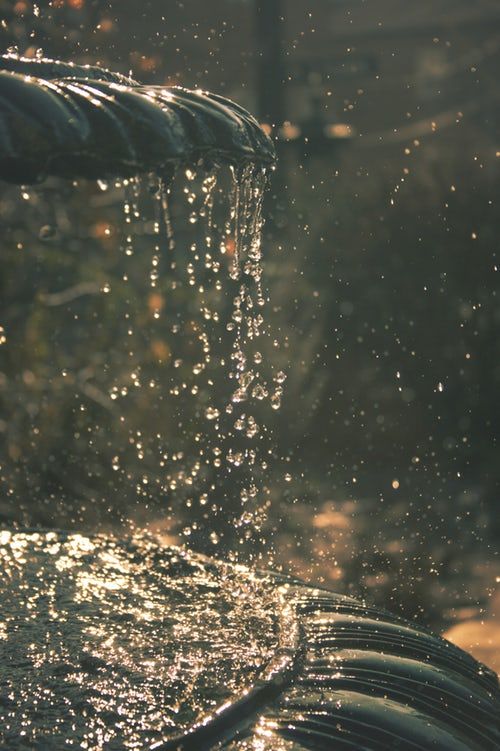 “Because pain in the body quiets the pain in the head. It feels good, it is like a kill switch for your brain.” - Penelope Douglas There are million fictional characters we come across everyday- some in books, some on the screen but all of them even for a brief amount of time stay in our minds and even in our subconscious we think about them. And that is same with me, but my apologies for not telling his name but that is also something that once defined him. He is someone to whom nothing is more beautiful than Winter, nothing is more lovable than Winter, nothing is more important than spending his life with Winter although he believed that he had destroyed the light of that Winter. He believed that Winter was beautiful but was responsible for its decaying snowflakes.

Nous soummes une seule et même personne. We have often heard the saying that we mustn’t let our inner monsters rule us. But have we ever stopped to think what are these monsters, actually? They can’t be some creatures from a myth conjured up by us. They can’t be something that we can touch and feel, because had that been the case, then maybe we would have to deal with them in their way- say by using magic for example. And that is hardly the case. Even so, monsters exist. They loom in the shadows, lurk in the darkness, attack like a slithering serpent without warning and rip our soul apart. That is the definition of a monster- something ferocious, something utterly horrifying, something deadly and as dreadful as it could be, maybe even worse.

We live in a world where almost every single creature- not just humans- loves music. Cats, dogs and even birds respond to the rhythm. And we have taken up the responsibility to divide these songs into separate genres like, Metal, Heavy Metal, Pop, Rock, Country etc. Within Temptation falls under the Metal category. We already know that, that would mean a whole lot of electric guitars and drums and maybe even some screams and yells. Within Temptation, in my eyes more like to my ears has always managed to prove different. They too have a lot of high-pitched music but somehow it all seems a lot different in their case. 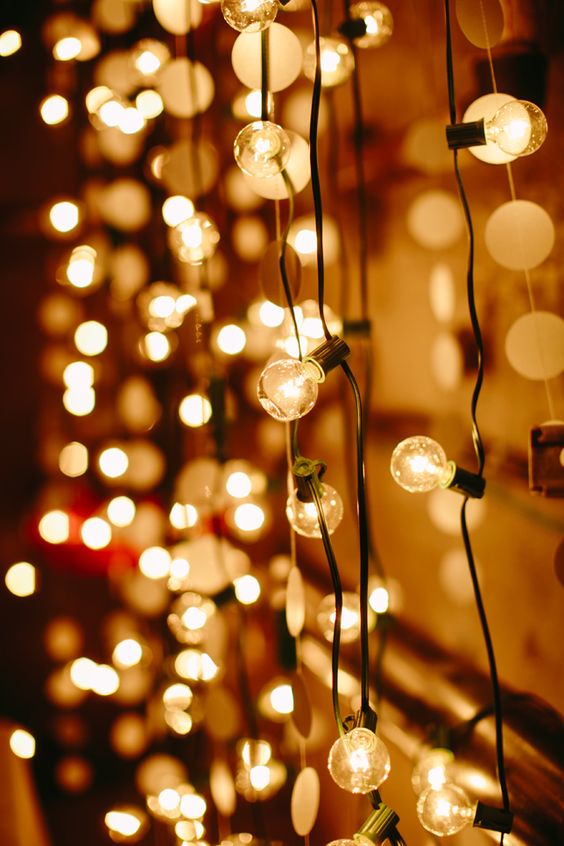 Is it possible to survive in darkness? With absolutely no hint of light? Of course not. We need it. But, have we ever though that it might need us. Just as much. Funny, isn’t it? 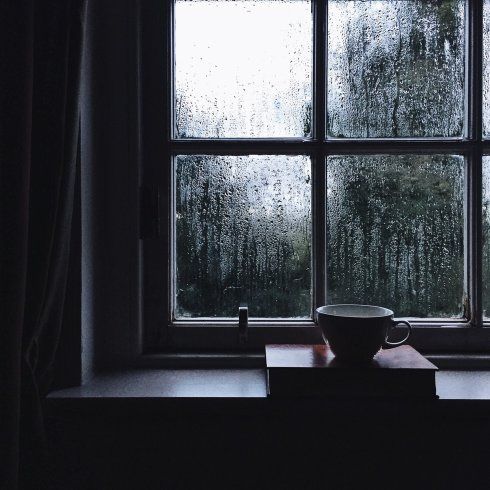 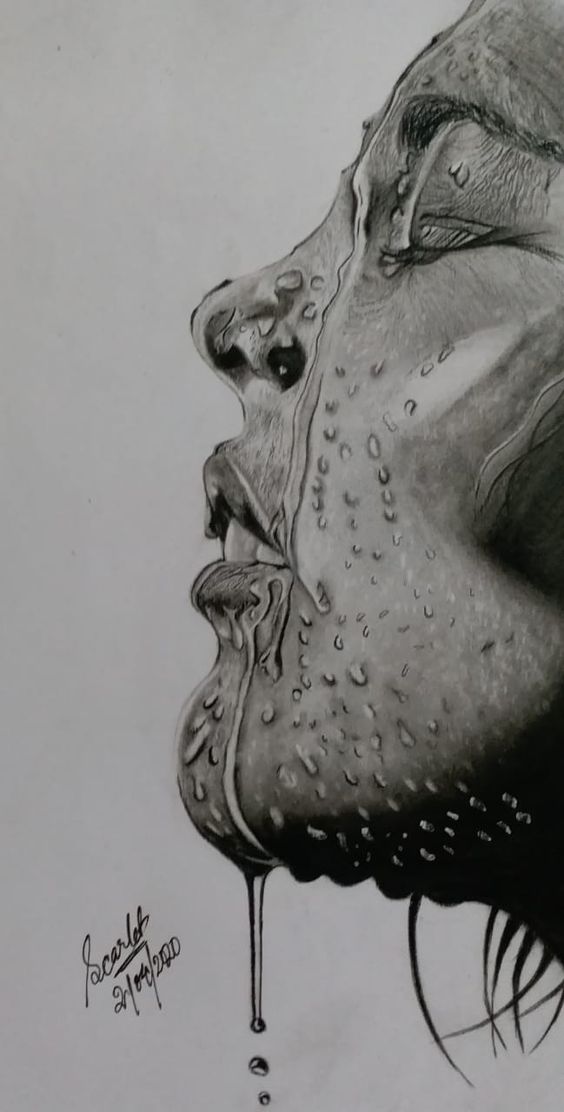 A Walk In The Rain

Hope comes in many forms, in my case it was showered on me in the form of a rain. 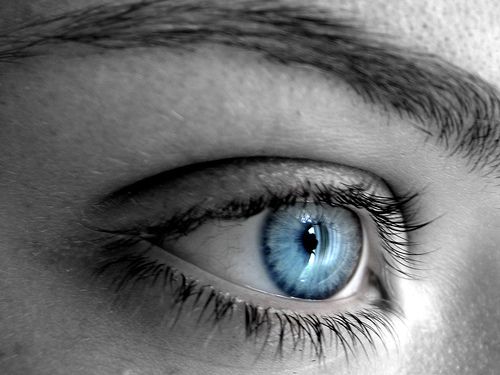 I looked at the completed piece and I couldn't take my eyes off of him. He looked so real. His eyes had an intense gaze. He looked possessive for some reason.