A Wonderful Journey Of Anime

What is anime? The answer can be twofold, depending on where you are. Anime is simply a cartoon in Japan and a Japanese cartoon anywhere else in the world. Animes are equally entertaining for people of all ages across the world. They are gaining popularity in India as well. Social media, the internet, and increasing interest in comics are proof of this statement. 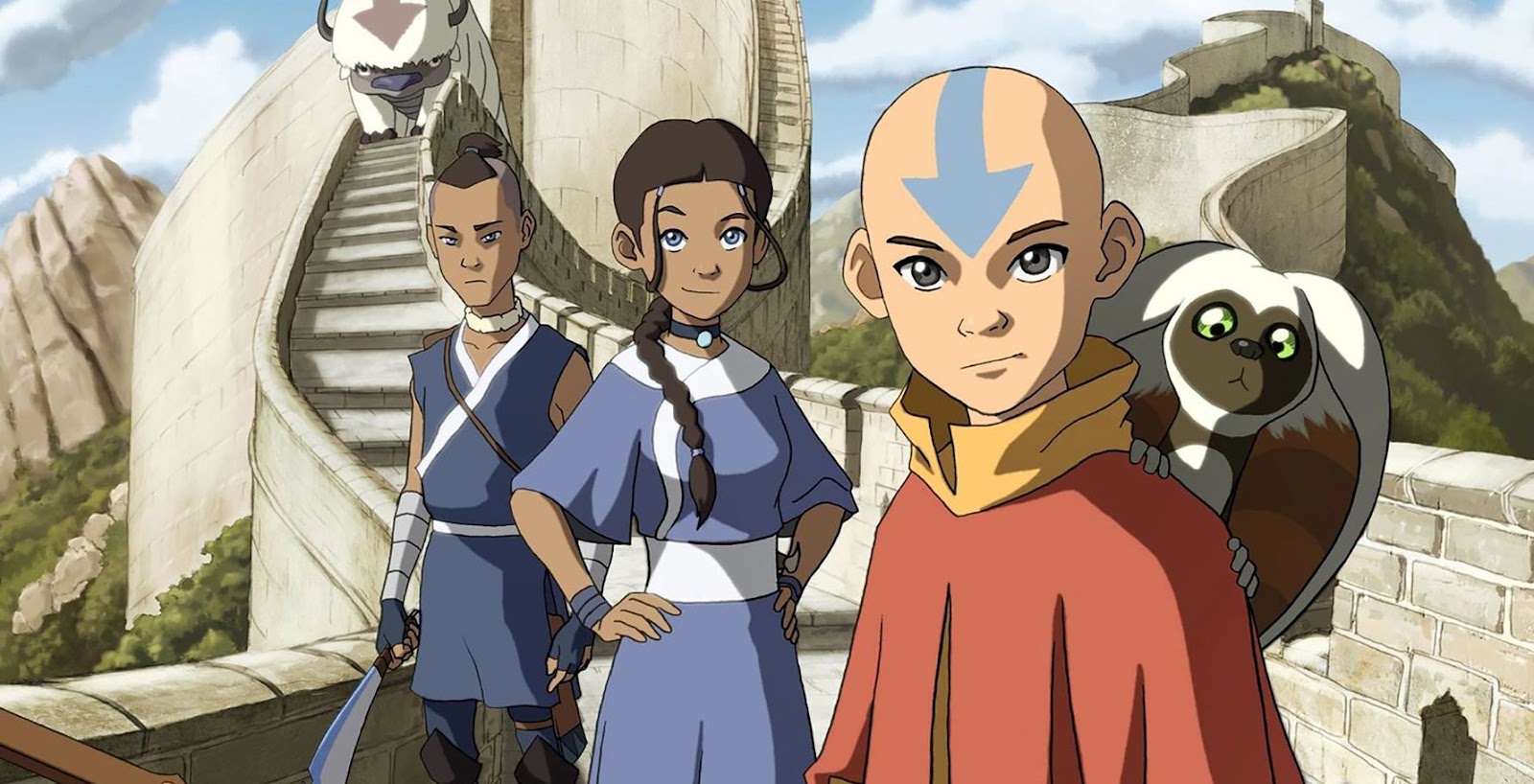 Some people are madly in love with the amine. On the other hand, some cannot tolerate the word. Again, some people may have heard this word from their friends and want to know more about it. I have written this article keeping all of these in mind.

History of anime!! Surprisingly, the journey of traditional animation began in Western countries and Japan around the same time. The name of the first anime film was called Katsudau Shashin and was made in 1906. The first commercial anime was made in 1918, entitled Imokawa Mukuzo Jenkanban no Maki. It was created by political caricaturist and cartoonist Otten Shimakawa. He made a total of five animated films. At the same time, cartoonist Junichi Koichi and painter Centaro Kiyatama began making animated films. On the other hand, while Japanese animation was slowly advancing, The Walt Disney Company started its journey in America in 1923. Compared to Disney's high-quality colour animation, sound and management, Japanese animation began to lose its audience. As a result, the number of Japanese animated films has dwindled, with animation makers focusing on commercials, political and educational campaigns. This went on till 1939, but after the enactment of a film law in Japan that year, animaters became enthusiastic again. Smaller studios came together to form large studios, while movie studios became more enthusiastic about creating anime. This led to the creation of Kumo To Churippu (The Spider and the Tulip) in 1943. It is recognized as a masterpiece in anime history. In the same year, a 36-minute feature film, Momotaros Sea Eagle was made. Two years later comes its sequel Momotaros Divine Sea Warriors. The 63-minute movie was Japan's first feature-length animation. However, these movies were made with the Japanese military's funding to inspire citizens with Japanese nationalism during World War II. 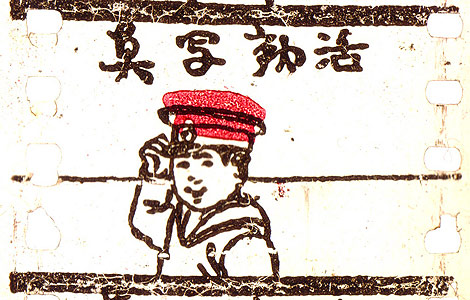 Despite Japan's defeat in the war, the animation industry did not stop but rather created a renaissance with anime that intended to bring Japanese life and heritage to the world. Toei animation in Japan started its journey in 1948. In 1956, they created Japan's first colourful and modern anime, The Tale of the White Serpent. This anime was made by the tireless work of nearly 13 thousand workers spread over eight months. Magic Boy comes from the same studio the following year. Both released in the United States in 1961.

Alakazam the Great released in 1970, which was based on My Son Goku. It was written by Osamu Tezuka, who is known as the godfather of Japanese comics or manga. Because of this movie, Tezuka became enthusiastic about animation. In 1971, he opened a studio himself named Mushi Production. In 1973, for the first time, an anime called Astro Boy started its journey on the Japanese TV screen. Tezuka brought a new awakening to the world of anime by first serving the superhero genre's story in its way in Japan. In 1975, Tezuka created the Jungle Emperor, also known worldwide as Kimba: The White Lion.

Meanwhile, Toei does not stop. Several great animations, including Marine Boy and Cyborg 009, have hit the TV screens because of Toei. It was accompanied by Mak Go Go Go, an anime of car racing also called Speed ​​Racer, an extremely popular anime.

Fantasy and sci-fi were very popular in the early days of Japanese anime. The name of the anime that deserves special consideration, in this case, is the Space battleship Yamoto released in 1974. This anime created a new genre of space opera in the sci-fi world. This contemporary anime of Star Wars has been promoted in many countries of the world under different names. These animations have inspired the new generation of Japanese to bring their own story to the screen of animation. In the hands of this new generation, all the masterpieces like Dragon Ball, Cowboy Beep and Evangelion have come into the picture.

Why is anime so popular? In 2016, Japan's anime industry earned about 18 billion dollars. From Google's daily hits and other anime site hits, an estimated 100 million people watch anime in the world today. There are lots of reasons behind this. 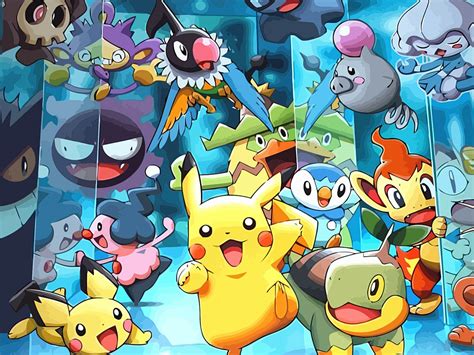 First of all, we can talk about variety. Anime is far ahead of cartoons in terms of this. Sports, fantasies, real-life stories – everything can be told through anime. There is also anime about camping, video games, government offices, restaurants, and even dictionaries. So whoever you are, you can easily find your favourite subjects in anime. It is very difficult to find such a variety in any other medium. Another reason for the popularity of anime is undoubtedly its storytelling style. The Japanese are known all over the world for their detailing and perfection. Even in anime, they tell the story so beautifully or in detail that an attraction to it is bound to be created. At the same time, their characters are created and developed with a lot of care. As a result, we unknowingly fall in love with these characters. The length of the anime has also affected its popularity. A story is told in an anime of 13, 26 or 52 episodes, where the cartoons that go on year after year have a story in each episode. As a result, viewers are more anxious to know the end of the story in anime than in cartoons. Another important point, in this case, is that there is a happy ending almost always at the end of the cartoon, but what kind of ending will be in the anime, most of the time can not be guessed. Viewers like this uncertainty. Another big problem with cartoons is that they are for a certain age audience, in other words for the little ones (except for some series like 'Simpson'), but people can find more variation in the anime. Some animes are for kids but not all the animes. As a result, viewers of any age will enjoy watching anime. Other things that have played a role in popularizing anime are great animation, sound, music, dialogue and voice acting. Especially in the case of animation, all the great work is being done in anime. The animation directors of 'Makoto Shinkai' or 'Yutaka Nakamura' are now popular at the celebrity level in the world. The number of music directors, musicians or bands who have gained popularity by working in anime is not insignificant. Many have even become stars in anime just because of their mesmerizing voice. I want to conclude by saying that it has only been possible by managing every stage of anime creation with care and professionalism.