Weekend That Changed My Life 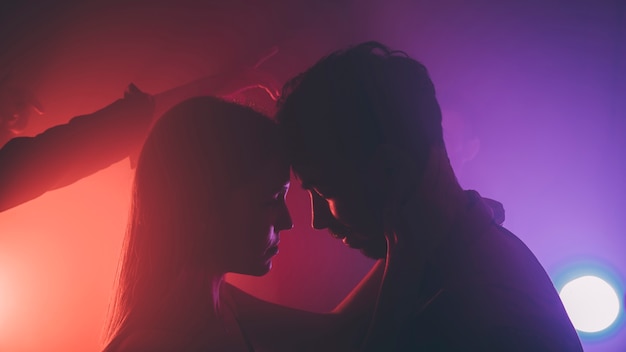 “Friday night means party night!”, I exclaimed excitedly at Sarah, who was cleaning up her desk after eight hours of nerve-wracking work. We had a four-day long weekend ahead of us and we had no intention of missing out on the days of our lives. Monday being a festive holiday, gave us the opportunity to go clubbing tonight and finally take our much-awaited trip to Shimla in the course of the next three days.

After Sarah was done with her cluttered desk, we decided to call a cab to take us to “Destiny and Desire”, our go-to club which would be filled pretty soon if we didn’t hurry. The air outside the office building was cold and sharp, to the extent where deep breaths clawed at my throat. It was a sign that winter was almost at its peak and I couldn’t wait to see the snow laden hills of the beautiful Shimla valley. My face was turning redder by the second and I didn’t know if it was the excitement or the blood trying to keep my face warm. What I did know, was that I needed vodka shots to fuel my insides for an upcoming night filled with flashing lights and techno music.

While in the cab, I noticed the Delhi skyline, hiding the stars above but shining brighter than ever. I imagined the numerous cozy families spending their winter evenings, couples snuggling in blankets, children drinking hot chocolate, and grandmas knitting scarves. Regardless of the bad reputation our capital has, there’s something about this city that has always made me feel like home. Look at me, I haven’t even left it and I am already homesick.

My train of thoughts was derailed when Sarah asked me to help her in replying to her boyfriend. Her cute little love story sometimes made me feel like I should start dating too. My life has always been casual flings and one-night stands. The hopeless romantic in me had become so hopeless that I gave up on love altogether. Who knows, Maybe I will give it another shot tonight at the club. Entering the club felt like stepping straight into Hell, but make it disco. People crammed into the significantly tiny dance floor; the room filled with the smell of alcohol mixed with a dozen colognes, and the music loud enough to drown out any rational thoughts one would have while entering a place like this.

None of it mattered.

We were two best friends, here to celebrate the beginning of a fun filled weekend. What could possibly go wrong?

Seven songs and four shots in, I was already feeling tipsy and sat down at the bar to prevent breaking my ankle on the dancefloor. Sarah was still going strong, not missing a single beat. It was this explosive energy she had, that made her a fun company. The only problem was, once she started flowing with the rhythm, she forgot everything around her. That girl could dance her way through an earthquake.

I was scrolling through my Insta feed and trying to click upload worthy selfies when a man sat down beside me. He was wearing a suit and looked way too formal to be present at a mediocre club like this. His hair was slicked back, he smelled of a generic cheap cologne mixed with cigarettes, and his silver watch was in stark contrast with his black attire. I would be lying if I said I wasn’t attracted to him. Maybe it was the booze, maybe it was my newly found high spirits and hopes of finding love. Before I could even try to make a move, he turned to me and asked if I would like him to buy a drink for me. I thanked the universe for saving me from the pressure of initiating the conversation and subtly smiled and nodded. The bartender laid our drinks on the table, he held my drink and gave it to me as a sign of chivalry. As our hands touched in a movie-like cliché, I could feel my growing interest in this person. We started taking sips of our whiskey on the rocks while getting to know each other. He worked at a pharmaceutical firm and was in town for a business meeting. He didn’t know anyone around and randomly decided to try out this club. I thanked the universe again for this fortunate coincidence; perhaps this weekend was really about to change my life.

We talked for hours that felt like seconds, for this man’s impeccable charm had me swooning in no time. I noticed Sarah was across the dance floor smiling slyly at me, signaling me to take the guy back to my place. I was an advocate to that idea as well but was still too shy and not drunk enough to put the plan into action. It was almost as if the universe was being too kind to me, for in the next moment, the guy himself asked me if I would like to show him around the city. I held my excitement and agreed to go out with him. We called a cab and I decided I would take him to the renowned Hauz Khas village and we would have a romantic first date dinner.

I was back in a cab, with another person, looking at the same skyline of the city I called home, wondering about the same things, and even having the far-fetched thoughts of being one of those snuggled couples in the lit-up skyscrapers, embraced by the man sitting beside me.  The only difference was, instead of my train of thoughts being derailed by Sarah, this time the train came to a complete halt.

The city lights started getting blurry and my vision was foggy. I couldn’t understand what was happening. Was it the booze? Was it the winter that reached my head? Was it the exhaustion from dancing too much or was it something dropped in my drink while it was handed to me by the guy who was supposed to be the love of my life?

Read the next part of the story in “Sold” by Kasturi Bhattacharya.