Missed By A Few. 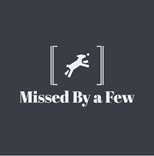 left many in wonder and shatters,

but for a different reason to my mother,

for She delivered a baby to my father—a whole new to reason to fear and bother.

Not a question of being planned or unplanned,

‘cause a gift of God I think of myself

For the little rascal that was due that day,

at a time "later" on Indian soil,

I Missed the guilt of living,

by hours only a few.

The game of missing hence continued since,

While riding a bike I thought myself a prince,

But when you fall, you learn—

From the cries, the stings,

and then hope for wins.

But it never came,

I wonder if it ever will,

Cuz an age to mingle and remember,

I lost to Absence Seizures forever.

Only a matter of time before I turn nineteen,

But this bitch who’s been by me past thirteen,

I hope she runs away,

I wonder If she ever will.

be it one of person

or the grades that forever I placed over all “her”s,

one to fear of reject while the other to the grace of neglect.

Chances I got all fresh and new,

And I know I’ll get them again,

But the pain will for eternity remain,

'cause I missed many by a few,

And I’ll miss numerous others by a few.